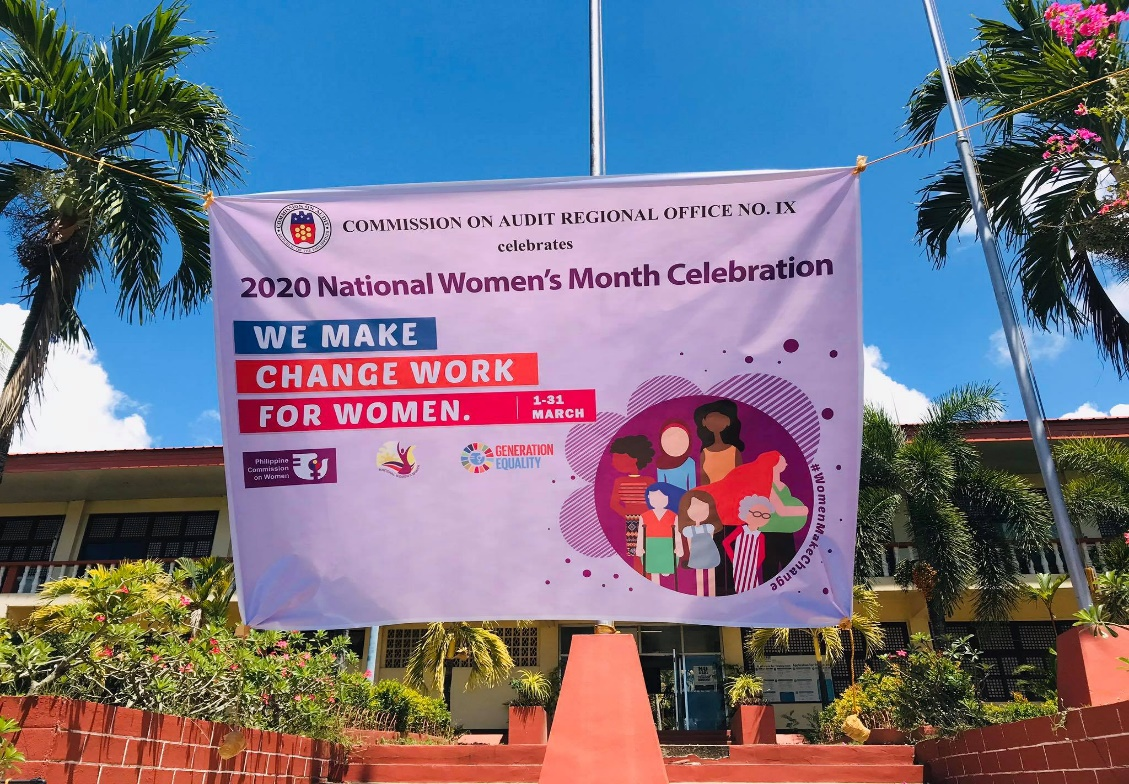 Commission on Audit Region No. IX sustains its commitment to women empowerment as the focus of the theme for 2020 national celebration of Women’s Month: We Make Change Work for Women. The theme, identified by Philippine Commission on Women, highlights the empowerment of women as active contributors and claimholders of development. 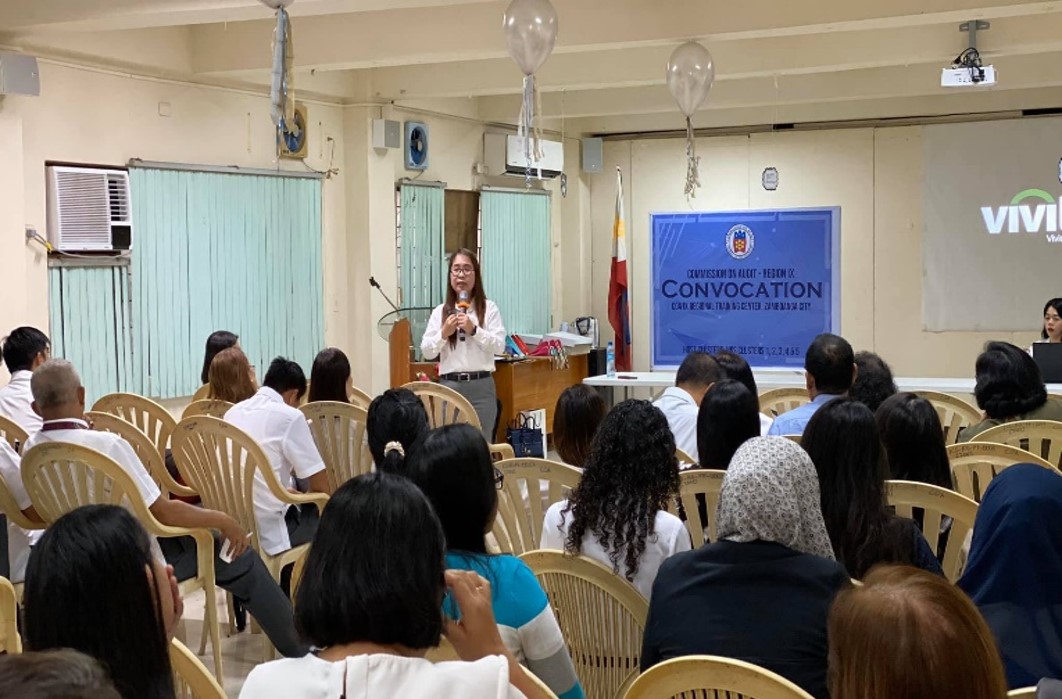 The month-long Celebration commenced with a Convocation held at the Regional Training Center last March 3, 2020. Resource Person Atty. Sheridyll M. Partosa-Aguilar of Civil Service Commission ROIX lectured on Magna Carta on Women and Solo Parents Act. During her talk she emphasized, that Filipinas are entitled to protection from all forms of violence, equal treatment before the law, and equal access to education. In terms of employment, the Magna Carta provides women the right to take a compensated leave of absence from work if they undergo surgeries for gynecological disorders. She also stressed that with the provisions of RA 8972, solo parent employees, who are solely taking care of their children can reap the exclusive benefits provided by the government. 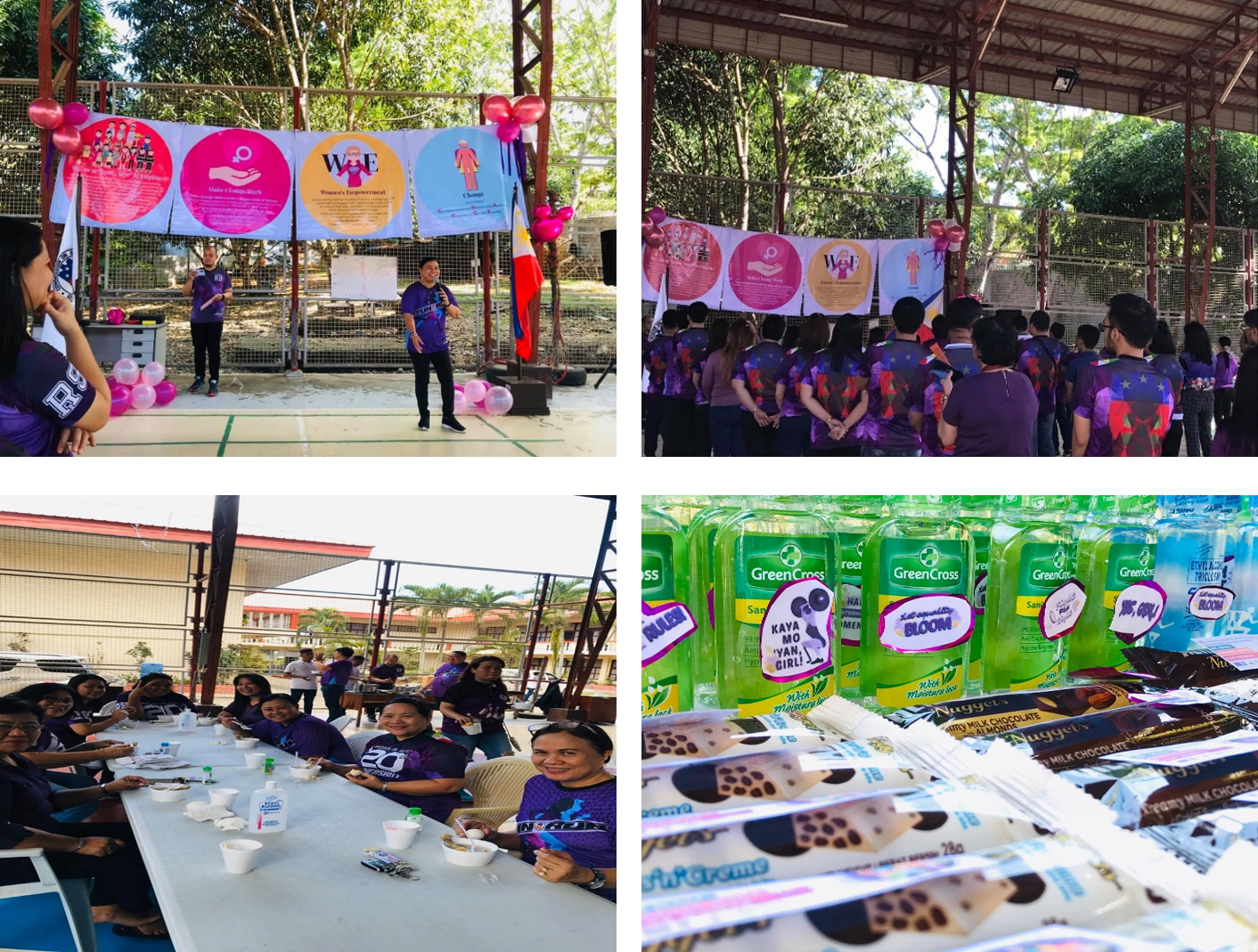 A one-day Inter Regional Sports Competition followed thereafter which consisted of Basketball, Volleyball, Table Tennis Mini Tournaments. This was participated by fifty four (54) COA IX personnel from Zamboanga City, Zamboanga del Norte, Zamboanga Sibugay and Zamboanga del Sur. Said sports festival was held pursuant to COA Resolution No. 2015-039 dated December 1, 2015, the Revised Guidelines on Mainstreaming Gender and Development (GAD), and COA Office Order No.2016-434 dated May 30, 2016, which created the Committee on Sports and Physical Fitness, also including among the programs of the COA GFP System. This is in support of the gender mandate that: "All government agencies and LGUs are enjoined to increase women's participation by forming women's and girls' teams in various sporting events that they organize or sponsor. "

To cap off the 2020 Women’s month festivities, a Region-Wide Forum on Men Opposed to Violence against Women Everywhere M.O.V.E , was conducted at Grand Astoria Hotel, Zamboanga City on March 12, 2020. 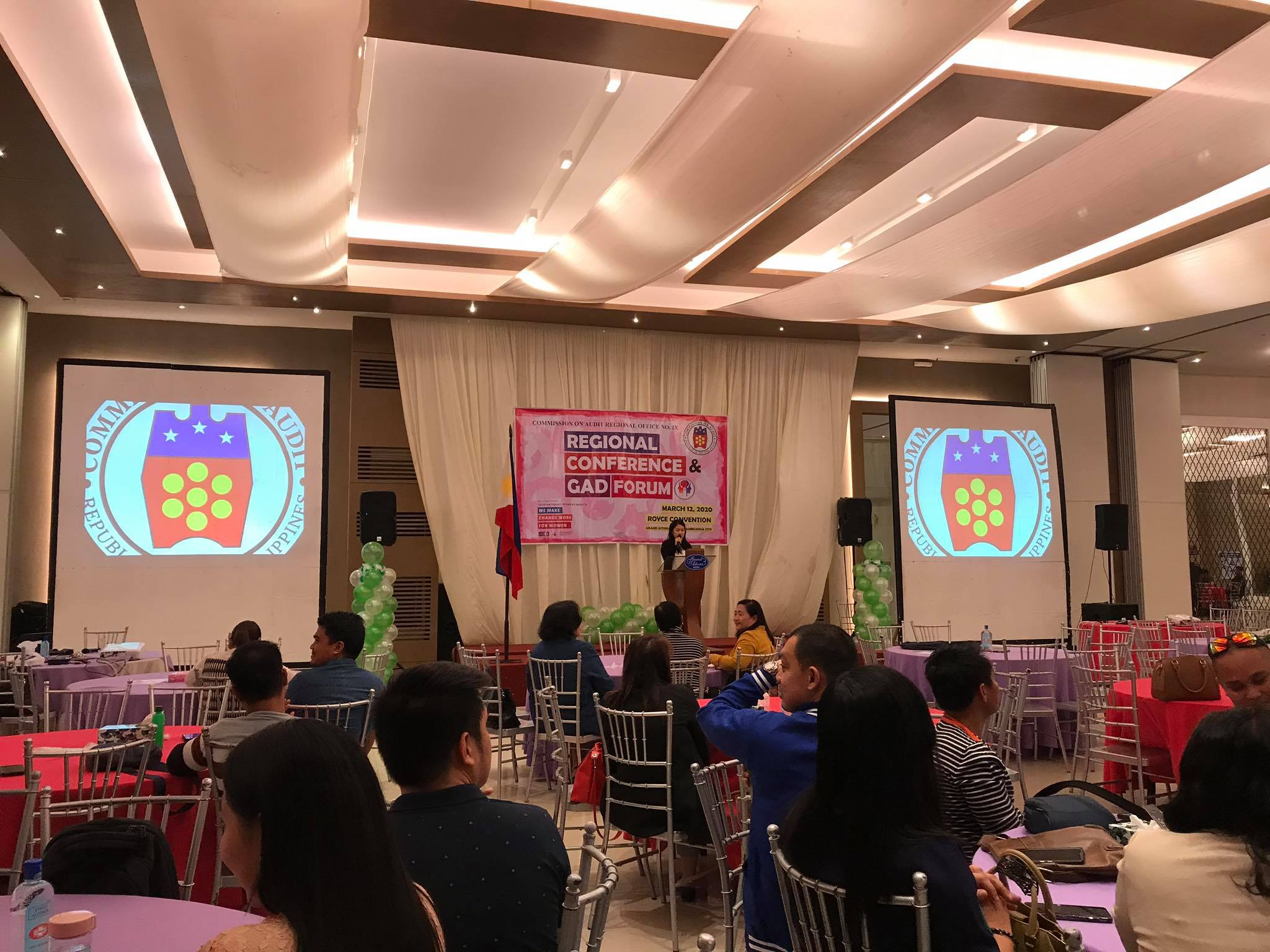 Dean of Western Mindanao University College of Law Atty Eduardo Sanson, Resource Speaker, emphasized that there is a need to involve men in movements to end violence against women, focusing on their role and responsibilities and that they are part of the solution. He added, Moral uprightness, Obligation Consciousness, Equality and Respect for human rights as Core principles of M.O.V.E. He stressed that the vow to never commit, condone, and be silent about gender-based violence against women and children is essential for the success of the movement in eliminating all forms of violence or discrimination against women. 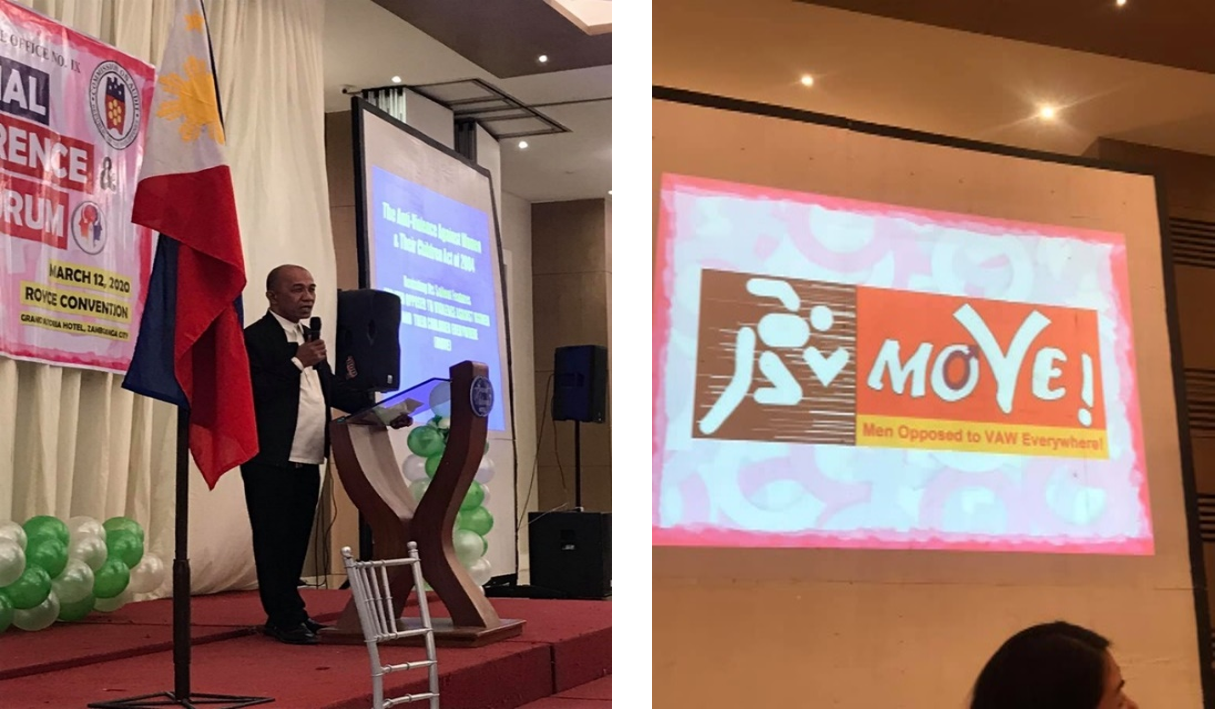 To bring up-to-date the Region’s Gender and Development Sex Disaggregated Database (SDD) , newly assumed personnel were also tasked to accomplish GAD online Survey. An updated SDD is vital in gender analysis, as well as in the preparation of GAD Plan and Budget.

Meanwhile, Commissioner Roland C. Pondoc, the new OVERALL Chair of the COA GAD Focal Point System (GFPS) Executive Committee of the Commission on Audit , during his message aired during the forum, encouraged to : “ let us all come together to sustain our progress in gender equality to be able to provide a good working environment for our agency and good governance for our country”. His final point was that there is no tool for development more effective than the empowerment of women.