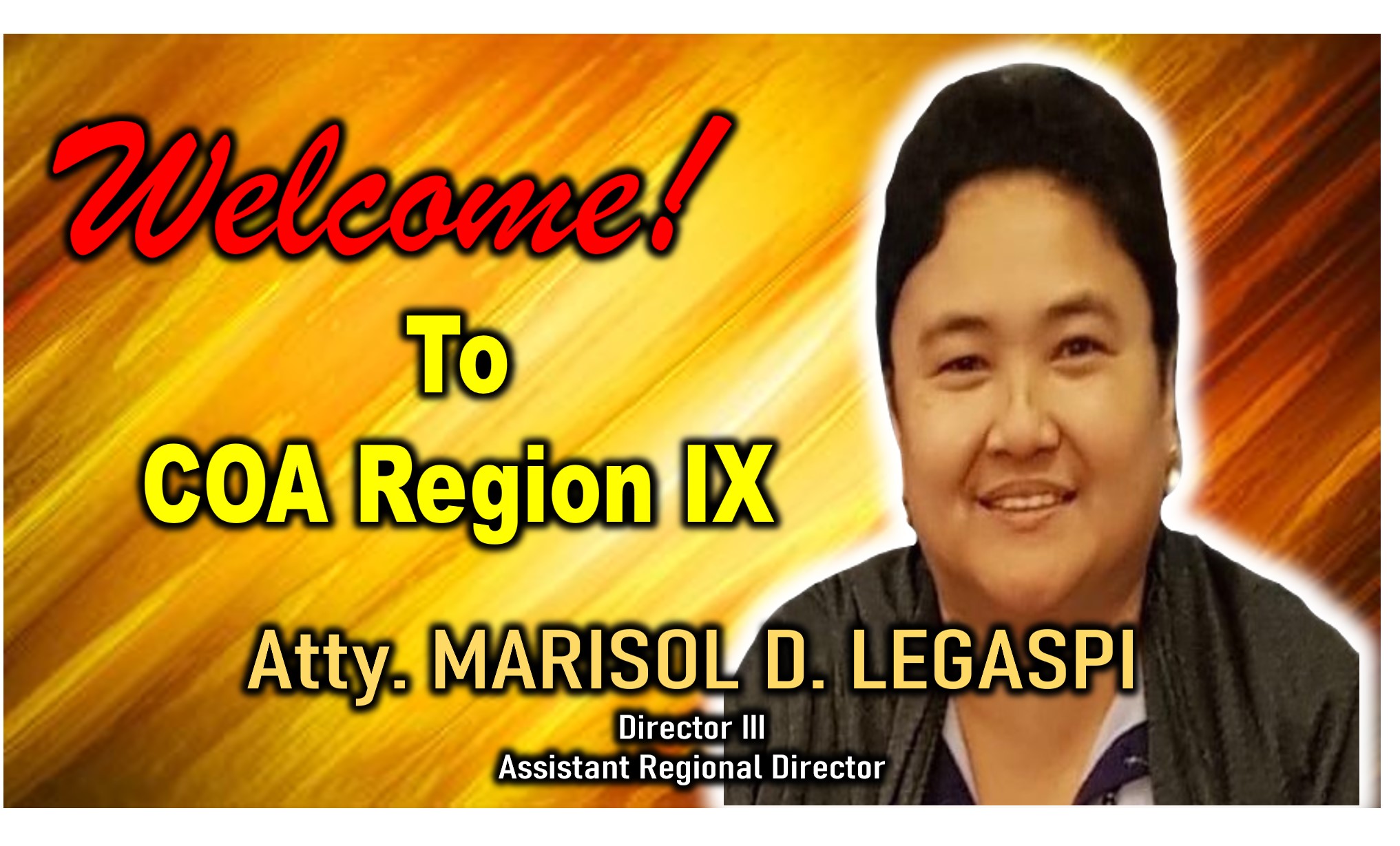 Atty. MARISOL D. LEGASPI was reassigned and assumed as the new  Assistant Regional Director (ARD) of COA Regional Office No. IX last September 20, 2021,  to replace ARD DAPHNE GRACE P. BELLEN who retired from government service last August 26, 2021.  Director Sol was the ARD of COA Regional Office No. VIII, Eastern Visayas,  from August 2019 until her reassignment to this Region.

ARD Sol joined COA in 1990 at a very young age of 21,  as a State Auditing Examiner I, and was first assigned at the Office of the Chairman. She was then reassigned to the Special Audit Office at the COA Central Office  for around three years, and later served COA Region X for around six years and COA Region XIII for  around 20 years.  She is a Certified Public Accountant, a member of the Integrated Bar of the Philippines and a  holder of Master’s Degree in Public Administration which she obtained from the International Christian University in Mitaka City, Tokyo, Japan as a  Japan International Cooperation Center (JICE) Fellow. She is also a member of the United Nations pool of auditors and has travelled to many countries for various  audit engagements.

COA Region IX  is deeply honored to have her as its  new ARD, ready and eager to serve our Region as part of the COA IX Family.